"At first glance, there hardly seems to be any uber-famous living artists," Snooze Button Generation founder and CEO Joe Stevens said. "And in a way, there aren't any. I mean, how many people on this list would you recognize walking down the street? None. But still, you can't deny the significance or hipness of those on this list."

Brice Marden, Gerhard Richter, Richard Serra, Frank Stella and Cy Twombly are among the top 10 living artists whose work is the highest selling, according to ARTnews. All five were snubbed by the Snooze Button Generation's top 10 list, but other big-selling artists made the list.

1. Claes Oldenburg. No living artist may have affected the masses more than Oldenburg. His enormous sculptures, including binoculars in Venice, Calif., free stamp in Cleveland, clothespin in Philadelphia and others show that he is the master of public art. And isn't public art really more important than art confined to museums?

2. Jasper Johns. He is by far the most expensive living artist. David Geffen bought his Gray Numbers (1958) for $40 million, a price tag practically unheard of for a living artist's work. He just turned 80, is not the oldest person on this list and really has not done anything noteworthy since the '60s.

3. David Hockney. His photocollages that he refers to as "joiners" created a new medium and are totally cool. He also has high standing in the art world as a painter, but most prefer his joiners.

4. Christo. He is often absent from lists like this, but this list rewards public art and accessible work. His wife, Jeanne-Claude, and co-creator of their art passed away in November, after the two had been together for 51 years.

5. Lucian Freud. When surrealism was developing, Freud was part of the movement, then he seemingly became addicted to nudes. He is the grandson of Sigmund Freud and is still breathing at 87. 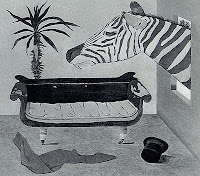 6. Matthew Barney. He may be the least significant artist on this list, yet the most relevant today. At 43, he is by far the youngest, and after his avant-garde Cremaster Cycle, it would be nice if he could top that and prove he is more than just Bjork's live-in husband and baby's daddy.

7. Nan Goldin. This is the only non-white male on the list, which is an awful reality of the art world. This slot probably should have gone to Cindy Sherman, but Goldin's hip, heroin chic photos are more powerful than hers. 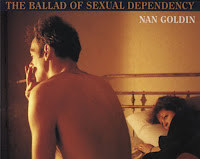 8. Bruce Nauman. Of living artists, only Johns and Nauman's names appear on Christie’s list of the 200 most expensive objects auctioned by Sotheby’s and Christie’s since 1985. Nauman's work is innovative, yet he may not have ever revealed any mystic truth to the Snooze Button Generation.

9. Andreas Gursky. Perhaps he should be known as "The PhotoShop Master," and, man, his 99-cent photo is da bomb. Art buyers agree. His "99 Cent II" holds the record for highest price paid at auction for a photo. It went for $3.3 million at Sotheby's, London, in 2007.10. Jeff Koons. Big stuff. Cool stuff. Maybe it's kitsch, but so what? He also has an impact with public art, and the Snooze Button Generation loves that.