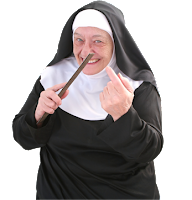 I do not mean to be judgmental with the lifestyles of nuns, but I can say this:

The lifestyle of a nun looks totally unattractive to me.

Catholic nuns take vows of poverty, chastity and obedience, and if I took those vows, I bet I would be extremely grumpy. Of course, there are other nuns than the Catholic ones, but I am most concerned with those nuns because I attended Catholic schools from first through 12th grade. 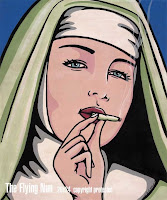 I have no big statement to make about nuns, other than to point out the numbers and avoid all puns with the word "habit." There are only 60,000 of them in the United States, which has 300 million people. I had nuns as teachers in first, second and sixth grade. Is it possible the Snooze Button Generation killed the nuns?