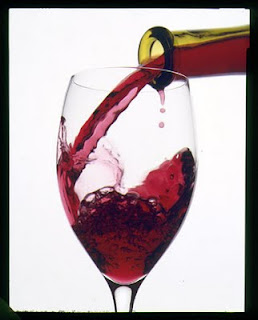 Every January, my parents visit me in Long Beach, Calif., from Cleveland, and my father, the X-Man, typically does two things:

1) He dives into the ocean, despite being the only swimmer on the beach.

2) He puts ice cubes in a glass of red wine (of course, at a nice - and perhaps even swanky - restaurant).

"That's a heatwave to me and your mother," the X-Man replies.

Then, depending on the situation, he either says, "I need to cool off in the ocean," or "Why in God's name isn't this wine cold?"

For years, I cringed at the ice cube drop into the red wine glass as some type of faux pas. Eventually, I accepted it. Then, finally, I learned to enjoy the drop and partook in dropping my own cubes into red wine.

This summer, though, I took this red wine/ice cube thing a step further when I discovered siete tres - the Argentinian cosmopolitan. I found myself in a summer romance with this drink and think any sane human being would agree that siete tres is refreshing, tasty and sophisticated.

I have learned in giving this drink to friends, acquaintances and hippies in Portland that they prefer it when the ingredients are not divulged. Therefore, I will not mention all of the ingredients, except to say that red wine and ice are two of them.

In less than a month, on Oct. 10 to be exact, the world will have gone exactly one year without the production of Zima, a drink that many people said tasted like perfume. Zima hit the market in 1993, peaked in popularity in '94 and is considered a "malternative," just like Smirnoff Ice and Mike's Hard Lemonade.

The difference between Zima and those aforementioned malternatives is that Zima had a certain cache. Even though I did not like Zima, I respected those who drank it. When I see someone drinking a Mike's Hard Lemonade, my first reaction is to pause, glance again at the bottle to make sure it is Mike's Hard Lemonade and involuntarily think, "Really?"

Siete tres, the Argentinian cosmo, could easily fill the hole in the liquor marketplace created by Zima's inexplicable murder. I have no monetary interest in making siete tres the new Zima, but I do think people would enjoy tasting the splendor of my favorite drink. 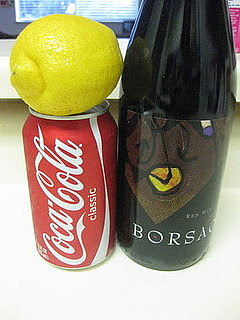