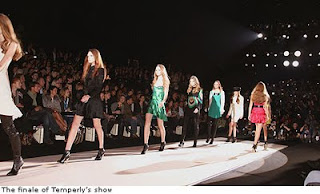 Because the Snooze Button Generation is on the pulse of cutting-edge fashion, we have been closely following New York Fashion Week, aka "Mercedes-Benz Fashion Week" that started Thursday and is running for a week in Bryant Park. That's the case, even though we determined long ago that the Bryant Park spectacle is unhip - full of overly rich folks, some people who think it's possible to buy good fashion sense, others who try way too hard and that unmistakable old people smell (You know the one I mean, right? It's also common in libraries).

Anyway, I can't pretend that Fashion Week does not exist, but I'm not often jazzed up for it. The other night, though, I got a text from a friend at Fashion Week, and that led to a serious of texts with someone else and then phone conversations. And, now, I have discovered a newsflash that will rock the fashion world:

Contrary to popular belief, a book, movie and rock band's name, the devil does not wear Prada! 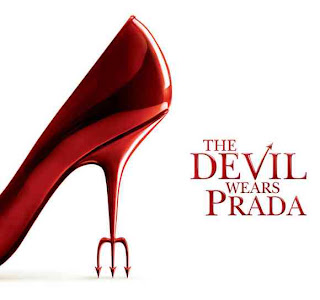 No, no, no. The devil actually wears Gucci.