Collection is beyond him 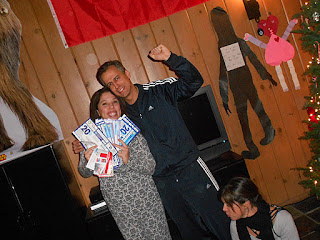 Life continues to be strange for Snooze Button Generation CEO and founder Joe Stevens as he recovers from giving away his Bed, Bath & Beyond coupon collection.

The collection had ballooned to 43 in December, and in a Yankee swap white elephant type of game, he gave away his Bed, Bath & Beyond coupon collection and a bonus gift card. With a month passing, Stevens expected the collection to return and be at three. But the collection is only at one.

"Look," Stevens said. "I'm not collecting them any more. I might get a new can opener. What's so wrong about that?"

During the Yankee swap, a friend Liz picked the nicely concealed 43 coupons. She appeared quite happy and/or confused. Later in the night, the coupons were stolen, all within the confines of the game, by a friend Dave. Even though Stevens fully said he knew the rules of the game, that seemed to confuse him. 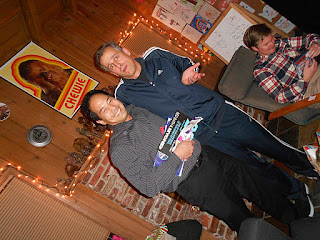 Stevens' daughters have recovered from the loss of the Bed, Bath & Beyond coupons. Stevens is full of some sort of odd regret that the collection went from 28 in December 2010 to only 43 in December 2011. The collection stood at eight in Sept. 2009.

Although Stevens repeatedly says he is "amazed" and/or "baffled" by the accumulation of 43 Bed, Bath & Beyond coupons, intense mathematics have shown that a coupon tends to come once a month. 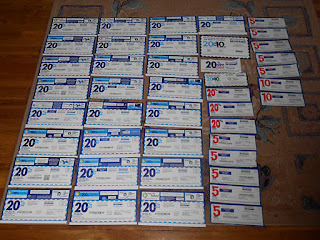