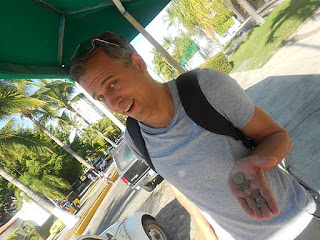 Useful international economists are hard to find. Many times, the economist has ulterior motives when prognosticating on currencies, or the economist is simply wrong.

Luckily for 2012, Snooze Button Generation founder and CEO Joe Stevens has become an expert on the world economy, following just one trip to Puerto Vallarta, Mexico.

"Really, poverty in other countries is way worse than in the U.S.," Stevens said. "And another thing, you got to always talk vendors down. Why pay 780 pesos when that's not necessary?"

Stevens' 780 pesos comment was a reference to a death-defying zipline tour. The tour was listed as costing 780 per person. Stevens got the tour for 550 pesos for two.

Stevens remains traveling this holiday season and is in Cleveland for the first week of January. Blogging has been difficult for him because of the travel and the fact that he has made himself available for interviews about the world economy.

The holiday season is about family, friends, happiness and pie. Stevens is happy that 2011 has ended because of the various tragedies he encountered in 2011. But there are signs of a good year coming.