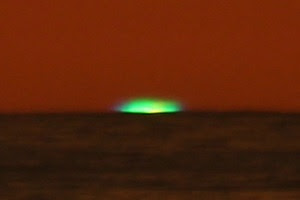 If anyone ever talks about something I've never heard of, I find it best to nod in agreement and pretend to fully understand the conversation. After this compliance, and inner bafflement, I utter a vague phrase such as, "Well, we shall see what the future holds!" or "Wow, that's some interesting stuff!"

One obvious time this happened was on a vacation in Hawaii when numerous tourists yammered about seeing a green flash at the end of a sunset. I stared at the sun, watched it go down, and then all of these people said, "Ooh, there it is!" and "It's so beautiful!"

I saw nothing, but played along by saying, "My Lord, that was soooo green."

As I thought more about the green flash, the more I realized I might have been right. It may not exist, and if it does, it happens so fast, that it hardly exists. Or maybe the green flash is like some theories about God or Santa Claus. It exists, but only if you believe it exists.

Ultimately, the green flash is tantamount to the Loch Ness Monster, Bigfoot and G-Spot. The debate will go on for centuries about if they actually exist. 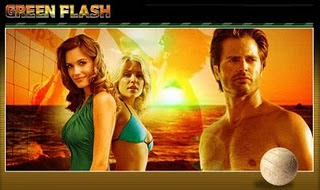 A handful of various products take their names from the mysterious green flash. There's a Green Flash Brewing Company in San Diego, and in 2008, a movie titled "Green Flash" came out.

Based on its box-office draw, it also is debatable whether the movie "Green Flash" actually existed.