Dwan gets props on birthday 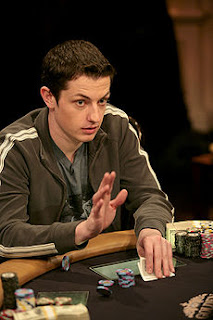 Tom "Durrrr" Dwan has been named the "Most Interesting Poker Player to Watch on TV" by the Snooze Button Generation today, which coincides with Dwan's 25th birthday.

"To anyone who watches poker, this is not much of a surprise," Snooze Button CEO and founder Joe Stevens said. "But I felt it was necessary to give Durrrr some props. His play can be out of the ordinary and, as he might say, sick."

Arguably, the worst aspect of the United States is its decision in April to outlaw online poker for real money. While that decision allowed Stevens, and many other Americans, the chance to have a better quality of life, it left many jonesing for poker action. Some even watched more poker on TV.

"High Stakes Poker" on the Game Show Network is the most interesting poker show, not counting rare poker shows that have games other than no-limit Texas hold 'em. This past year, "High Stakes Poker" replaced Gabe Kaplan as its host with Norm MacDonald. Although Norm may be one of the top five living comedians, Kaplan explains poker way better. 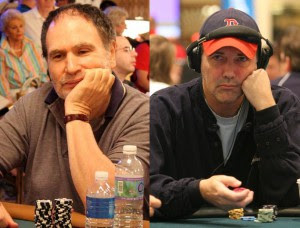 Another problem with the most recent season of "High Stakes Poker" was that its participants weren't too interesting with only Daniel Negreanu, Antonio Esfandiari, Phil Laak and Johnny Chan as the only elite TV pros on the show. Durrrr didn't even play.

Not too long ago on "High Stakes Poker," one table featured Durrrr, Negreanu, Esfandiari, Phil Hellmuth, Phil Ivey and Gus Hansen. Holy mackerel, man, those are probably the six most intriguing poker stars alive. Add Laak and Mike Matusow to the table, and it would be the top eight TV poker players of all-time, according to the SBG.

Anyway, yeah, Durrrr (which is/was his Internet poker name) makes so many unconventional moves that he is the SBG's "Most Interesting Poker Player to Watch on TV," although in the poker world he may be overexposed. He rose to stardom through online games, but when he hit TV, he became an even bigger star because of his personality and wild plays.

Funny, to many people, Durrrr is like Kobe Bryant or Alex Rodriguez or Peyton Manning. People aspire to be this guy, but, good luck, there may be better odds being an NFL (there are approximately 100 of them each year) than a poker player that is a household name.
l
Posted by Joe Stevens at 9:07 PM