The Dewtini: Far from facetious 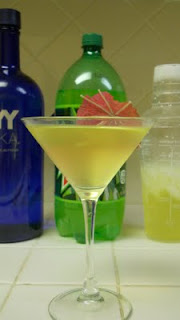 In my ongoing quest to be a bon vivant, Renaissance man and avant-garde mixologist, I have discovered a cocktail that refreshes and oozes class. It's the Dewtini (TM).

Inspired by the XMan, who often imbibed Mountain Dew with vodka, the Dewtini combines Mountain Dew and vodka in a martini glass with a fancy cocktail umbrella. It must be shaken, not stirred.

At a recent party featuring many Long Beach, Calif., elite, a handful of individuals recognized the Dewtini as a tasty treat. For me, the Dewtini has become my summer drink of choice, replacing sangria (2010) and siete tres (2009). 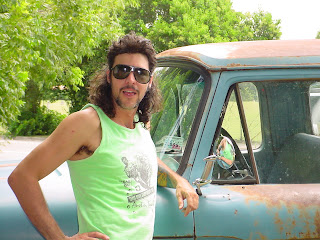 Some might wonder if the Dewtini truly is a magnificent cocktail or merely a fad. Well, Mountain Dew is high in caffeine, and vodka is high in liquor content. Therefore, it is sort of like the popular Red Bull/vodka, which has been around about as long as the Old Fashioned, which was referenced in the May 6, 1806, issue of The Balance and Columbia Repository in Hudson, New York.

Another impressive component of the Dewtini is that its signature ingredient, Mountain Dew, uses all the vowels just once, such as the actress Julia Roberts, hockey goalie Martin Brodeur and earth-friendly sequoias. It's a far cry from the word "facetious," though, which has all the vowels in order.
Posted by Joe Stevens at 11:14 PM