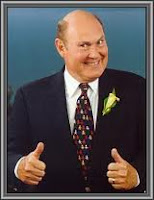 Snooze Button Generation founder and CEO Joe Stevens has turned 37 years old today and insists that this website have no blog posts about that fact, and this post may get certain staff members fired.

"Look," Stevens said, "I can think of nothing more egotistical than writing about my birthday. That is totally unimportant to the Snooze Button Generation. If you do a post on that, you will be fired."

Before Stevens said those words, he talked about an array of subjects, including the planet Jupiter, Whoppers and something called "birthday insomnia."

"You explain to me why I can't sleep!?" he demanded. "It's gotta be the birthday. Did I sleep the day before I was born? There's no chance of that."

Stevens' words were pensive, yet practical, when describing the significance of turning 37. He talked about personal subjects, including his children, love and death.

He also talked about the Cleveland Browns, point spreads and luck. He often switched conversations from personal subjects to pop-culture subjects and wondered aloud if somehow the two were connected.

When asked if he had any major point to make about turning 37, he said this: "Believing in an afterlife is self-deceit. So each year, there's a bittersweet feeling about getting closer to chest-bumping the grim reaper. But y'know what? If you know what you're doing, each year gets better, and a birthday is a cause for celebration."

Stevens' comments spurred a debate among the SBG staff. As the staff argued about the merits of an afterlife for human beings, he drank champagne in the corner of the room.

Finally, after a lot of arguing and champagne, Stevens said, "Cherish the relationships you hold dear to yourself. Sophie, Chloe, XMan, mom, Michael Scott, Meathooks and Sophistication - I love you all and more."