Red Lobster is only a dream

My mouth watered, and I yearned to get in touch with the seafood lover in me, growing up in Cleveland. Ooh, man, those Red Lobster commercials made lobster and shrimp look oh-so-delicious, but consuming that classy food felt unattainable. Where the hell was this glorious place?

Years passed. Perhaps decades passed. Every so often, those delectable Red Lobster commercials came on my TV, and emotions stirred in my belly. Could this place be as great as advertised?

Well, I finally made it to a Red Lobster in Lakewood, Calif., and let me say this: That place sucks. Damn, what a letdown! 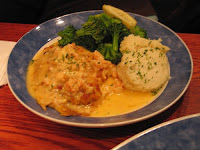 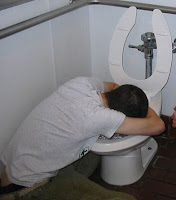 Apparently, others agree that Red Lobster sucks, too, and some blog about it. Seriously, though, Red Lobster wins the Snooze Button Generation's dubious award for the biggest distance between fantasy and reality for commercials I watched as a lad.