The Polish eagle: Fierce and sophisticated 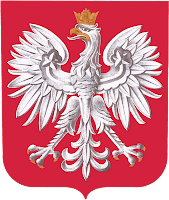 Back in college, I took a creative writing class with a guy named Mike, who I had known from a previous class. Because of that prior experience, we sat close, chatted and were pals. The only problem with him was that after a year of friendship, I realized his name was "Rob."

I briefly argued with Mike/Rob about what his name was. I thought he was joking about me getting it wrong. I also blamed him for me calling him the wrong name, saying "Why didn't you tell me earlier?"

Well, a similar thing has happened with the country of Poland. As a man of 100 percent Polish roots, I should know that the bird on the flag is a white eagle and not a falcon. But for most of my life, I have referred to the cool-looking bird as "The Polish Falcon." I even have a friend who I nicknamed "The Polish Falcon." Egads, sorry, national symbol of Poland.

This comes up now because as I spend a week in Cleveland to celebrate the holidays, I went to Slavic Village (a Polish part of town that is becoming increasingly economically depressed) with a couple friends and the World's Most Sophisticated Man.

Both the Most Sophisticated Man and I purchased Polish flags at Seven Roses, a restaurant and deli that is among the top places in Slavic Village. It was even featured earlier this year in the Cleveland Plain Dealer. 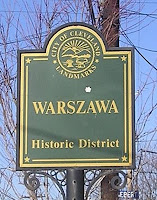 Anyway, I plan on displaying my Polish flag in a prominent place in my Long Beach, Calif., home, perhaps over the fireplace in the room I've dubbed "The Ski Lodge." The flag will be a reminder of Slavic Village, Poland, stuffed cabbage and fresh kielbasa.

I am going to try to refer to the Polish bird as "The Eagle," although part of me still wants to call it "The Falcon." Apparently, the fierce and sophisticated bird has staying power. It first was seen on Polish currency in the year 1000. I have the utmost respect for that bird; it is a bad ass.