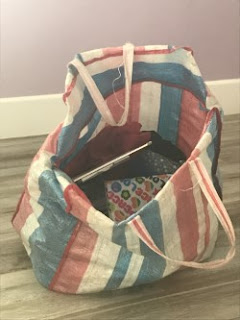 The bag has been retired.

For approximately 10 years, this red, white and blue bag has been going back and forth between two co-parents’ homes. With Chloe entering middle school this year, the bag will no longer do that.

The worst part about the idea of "baggage" is to assume that a divorce or children are automatic baggage. That absolutely is not the case, and I'm offended by that type of thinking.

When people ask me when I got divorced, I say “2008.” I believe that’s the best year to say because that’s when I permanently moved out. The divorce wasn’t legally finalized until after that, I think it’s OK to say “it's been 10 years since being divorced.”

A lot of growth has occurred in these 10 years for me, and especially for my daughters, who are in eighth and sixth grade. Divorce is such a loaded term, but so is marriage. I argue that divorces and marriages come in many different shapes and sizes, and it is a disservice to make assumptions of what they are.

I used to see “divorce” as some sort of scarlet letter, something to be ashamed of, a failure. As life has progressed, I laugh at that simplistic view of divorce because it was based on unfounded assumptions. 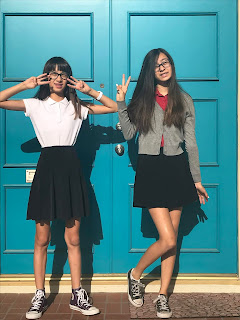 The one thing about being divorced that is awful is others’ misconceptions of what that means. I wrote about how divorced dads are misunderstood about two years ago, and that remains true.

The main point today is that being from a divorced family does not mean the child is “tainted.” I fully expect my daughters to having loving and healthy relationships as they grow, and no doubt, they will. I predict they will look back on their childhood and realize how they were loved from all angles — mom, dad, stepmom, grandparents, aunts, uncles, cousins, friends. I hope they look as fondly at their childhood as I do at mine.

However, I must be brutally honest and say there has been at least one downside to being divorced. It's that damn bag!

I tried to negotiate that bag out of existence a long time ago with Chloe and reluctantly agreed to “middle school” as the end point. I just didn’t have the heart to make a stand on the bag because the main things she was lugging back “Old Pink” and “New Pink” were two security blankets. But then with those blankets in there, it opened the door to other stuff.
Finally, the bag is retired. Chloe is keeping “New Pink” and Cheshie, her Cheshire Cat, at my house and “Old Pink” at mom’s house. I’m not so sure she really needs these things, but then again, do I really need my 97 Chewbaccas?


Sophie is in eighth grade now and doesn’t really have security items like this. Heck, she hasn’t been really lugging things back and forth for a few years now. Both of the girls are thriving, and both have two houses. In their case, two is indeed better than one.