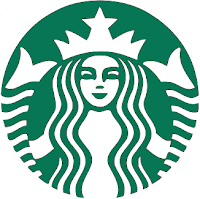 I drank Starbucks more than ever this past year, and I am pondering: "Why was I doing this?"

Of course, we could attribute it most likely to caffeine addiction or a boatload of gift cards. But as I truly analyze it, I just think I like the cup.

Yeah, in my mind, Starbucks has "The Greatest Logo of All-Time."

This is quite a statement because there are many logos that are much more iconic. Let the debate begin! The golden arches of McDonald's come to mind, as does Coca-Cola lettering and the Nike swoosh.

But even with all the established, mega-companies and logos out there, I got to give it up to the siren from Starbucks because when anybody goes into a Starbucks, the customer typically walks away with one item and the logo. I know of no other store where there is so much logo buying with so little in return.

Coca-Cola, Pepsi and all other preceding drink logos definitely deserve credit for being the precursor to the Starbucks siren. But Starbucks itself deserves credit for going with this logo, and it certainly has the world's market cornered on coffee logos.

There are 27,339 Starbucks in the world and 13,000 in the United States. This store's main thing is selling coffee and coffee drinks and not much more. Try having all of those stores without the mesmerizing logo. Good luck! 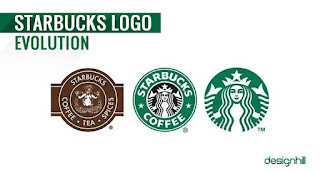 Earlier this year, my daughters and I paid a lot of attention to logos while we were driving, and we noticed a lot of red, white and blue in them. Some of them we take for granted, perhaps, like the logos at gas stations and fast-food places.

In the smart phone, Internet, Wi-Fi age, I would argue that we are bombarded with more advertising and logos than ever. I, like everybody, am accustomed to five-second ads on YouTube before I click like a monkey.

I do not purport to be a graphic designer whatsoever, so others might argue for different logos as the so-called "greatest" and probably have good reasons why. But in my mind and with my criteria, the Starbucks siren outdoes FedEx, Apple and anything else that comes to mind.

I also must give it up to the logos of luxury items, such as Chanel, Louis Vuitton and Ralph Lauren, for commanding such high prices for their products — because of their logos. Solely. (Or not. I have heard that Louis Vuitton leather comes from the hand of God.)

But the real products that boggle my mind are Sharpies, Kleenex, Band-Aids, Chapstick, Xerox and more. Those are eponyms, and they often replace the actual words of black markers, tissues, bandages, lip balm on a stick and photocopying.

While Xerox machines have only been around since 1959, coffee has been in existence since 1671. So I don't think the actual word "Starbucks" will ever replace coffee, but after this blog, maybe we should go get a Starbucks.