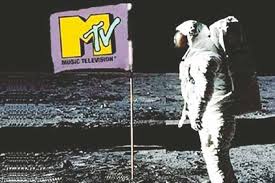 When I was a teenager, I distinctly remember making fun of "old" couples who stayed in and watched VH-1. They were reminiscing about the bands of their day — the Who, Zeppelin, maybe even Motown.

I recently had an MTV Classic kick and realized, "Uh-oh, Spaghetti O's, Dina and I are one of those VH-1 couples!"

Oh, I saw some awesome videos, including the Breeders' "Cannonball," "Money for Nothing" by Dire Straits, "Waterfalls" by TLC and much more. Of course, anyone can call up any famous video instantaneously on YouTube, but an added value comes to a video that just plays on MTV Classic. I'm not sure I would have played "Waterfalls" on YouTube.

Videos still come out nowadays for popular songs on YouTube. But the good ole days of us waiting around to see Michael Jackson's "Thriller" or Van Halen's "Panama" or Peter Gabriel's "Sledgehammer" have been long gone for 30 years. Wow, yes, where has that time gone? Those days have been gone since 1986.

The station with actual videos nowadays is called MTV Classic. This station was named VH-1 Classic from 1999 to 2016, then became MTV Classic. The actual MTV network without the "Classic" has shows including "Teen Mom: Young and Pregnant," "Teen Mom 2" and "Jersey Shore: Family Vacation." At least those were the three shows upcoming on MTV when I just looked. Of course, MTV originally stood for "Music Television," but the network has been misnamed for at least 20 years.

As I ponder my foray into MTV Classic, I realize that MTV is such an ironic, pop cultural trendsetter that it is worth understanding its unartistic, unfortunate path to reality TV. MTV's heyday was 1981-1992, when it was founded and before "The Real World" hit the airwaves. "The Real World" came out in '92, and it had its most recent installment in 2016. It was the 32nd installment and in Seattle.

A big question is: Who in the world cares about the Real World any more? What we were thinking devoting hours upon hours of mindless viewing to Puck? 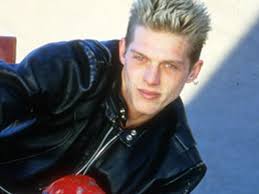 So to do the math, videos without the Real World lasted 11 years. Then, the Real World droned on for 24 years, and there is talk there could be yet another Real World installment.

At the time, many of us were addicted to the Real World, but it was just a matter of time before the novelty of the show wore off and we recognized reality TV conventions. We moved onto other, improved reality shows on other networks.

MTV and the Real World definitely deserve credit, or notoriety, with bringing reality TV into American pop culture, being the first of its kind and being the trailblazers to the genre. Who could have possibly seen that reality TV would dominate the airwaves — and world — how it did, and then the United States electoral college would elect a reality TV star/business man as its president with zero political experience?

We used to be cool, man. We used to brag about our bands. Whether we liked R.E.M. and U2 or Def Leppard and Poison, we had important soundtracks in our life. I'm not saying our life is devoid of music now, but do we share the same glee for music and videos that we used to have?

Are we still into reality TV like we used to be? I certainly don't think so. I, for one, have moved onto Netflix, random TV viewing and my daughter's current fancy of K-Pop with BTS leading the way. Thanks a lot, Rap Monsta, now known only as "RM."

I'm not sure there has been a good sitcom since "The Office." And I wonder if there were ever, or will be, reality TV that would be worth viewing a second time. Uh ... nope!

Videos, shockingly, somehow stand the test of time. Some of them are excellent vignettes. Man, Duran Duran did a lot with "Hungry Like the Wolf." Whitney Houston somehow riveted me every time with "I Wanna Dance With Somebody."

Yes, videos were consumable, as is so much of pop culture. But I fear our pop culture today is not only consumable, but immediately to be discarded, too. Good for you, music videos. You have stood the test of time.