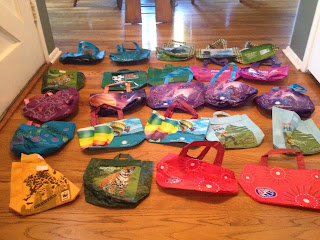 The XMan would have turned 66 today, but he is gone. This is the third birthday he has missed because of his unexpected and ridiculous death. This remains a gaping loss in my life.

Today, I am not doing anything too spectacular to commemorate the XMan's birthday. However, I did recycle 24 bags from Subway that my daughters have received with kids' meals from the sandwich chain. I cannot explained why I collected these bags, except that the bags insisted they were "reusable." I failed to reuse any of them.

Strangely, I have not gone to Subway in at least one year. I simply do not like the place anymore. Wha' happened?

I remember when Subway opened in Garfield Heights, Ohio, and it was an exotic and tasty locale. I would go there with my pals Jason, Kevin, Alex, Doug and a few other sandwich hipsters, and we'd revel in Subway's fresh ingredients. I typically got a Spicy Italian, while Jason got the Tuna. I was even in the Sub Club. If I would eat 10 subs, I would receive a free one. Subway, you were generous!

Nowadays, I practically prefer anything to Subway. The store just popped up in way too many places, and I somehow had a couple subs that tasted like nothing and/or air. How does that happen?

Due to extensive Internet research, I have discovered that Subway has by far the most stores of any fast-food chain in the United States. There are 24,722 Subways, compared to the second most 14,098 McDonald's. Taco Bell seems like it's everywhere, but there are only 5,674. By my calculations, there are 20,000 too many Subways in America.

Many mysteries exist in life and with Subway. What the heck is going on with this place? You got too many types of bread, man. And I still can't explain why Laila Ali was on a bag my daughters received when they got a sub. I guess she's a role model or something. But I truly don't want to promote boxing with my daughters. 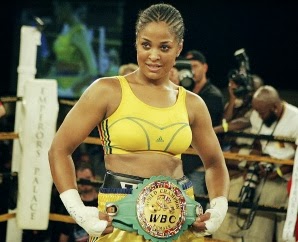 My newly developed hatred for Subway has even surpassed my dislike for McDonald's. At least McDonald's is conventionally known as evil, but Subway slowly became evil, kind of like Grimace.

It's real awkward being around Subway nowadays because I caught him taking $20 out of my wallet when I went to the bathroom. OK, that didn't happen. But that's the vibe I get from this Subway character.
Posted by Joe Stevens at 7:24 AM