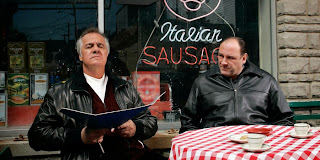 The Snooze Button Generation released its list of the top 10 TV shows of all-time today with "The Sopranos" edging out "Taxi" and "Seinfeld" for the top position.

"Obviously, these lists are uber-subjective," said Joe Stevens, Snooze Button Generation CEO and founder. "In the end, I looked at all the evidence in front of me and went with my favorite 10 shows."

Stevens went on to say that many shows people often like he never watched. Some of those include "Six Feet Under," "Breaking Bad," "Game of Thrones" and "Friends."

"I never watched 'Friends' because it hit home too hard, and I was looking for more of an escape," Stevens said. "The actors were extremely authentic and insightful, and because none of them were good looking, the show was a harsh reality of what life could be like in the mean streets of Midtown Manhattan."

Various lists exist of the top TV shows of all-time, including this one, and Stevens only watches two shows regularly now (both made this list). He conjectures that the entire Snooze Button Generation watches far less television now as that entertainment has been replaced by Words With Friends.

When James Gandolfini passed away this summer, it brought back memories of his incredible show. There has never been a more real portrayal of an American family on TV than in "The Sopranos."

This is the only entrant on the list that Stevens saw only in reruns. In high school, he often watched reruns with his parents before going to bed, and he found all the characters, especially Jim Ignatowski, fascinating.

Perhaps no other show says "1990s" more than "Seinfeld." The show is an institution that has many phrases (No soup for you! comes to mind) in the American lexicon.

Back in the day, the Thursday night of TV for many members of the SBG consisted of "The Cosby Show," "Family Ties," "Cheers" and "Night Court." Nowadays, "Cheers" definitely holds up better than any of those, and it was probably the best at the time, too.

The only reality TV show on the list, "Top Chef" continues to go strong and be fresh. Will it have the staying power to be on such a list in 10 years? Hmm.

This is an American staple that, with "Top Chef," is the only show Stevens still watches regularly. The current show is good, but the new girl doing the news does not appear to get the jokes she is reading. Where's Norm MacDonald when you need him? 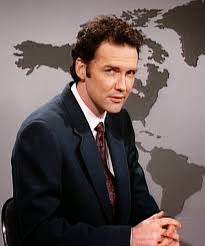 Another season may be filmed next year, but no news on that yet. Larry David's character has a handful of similarities to Stevens' deceased father, the XMan.

This show used to seem so different and cutting edge before the move to CBS. Nowadays, all these years later, watching Letterman somehow feels bizarre and foreign.

Although Stevens hasn't watched the show in years, it seemed deserving of this list as it edged out "Entourage," "Sex and the City" and "Project Runway" for the final spot.