A salty salute to Guided By Voices 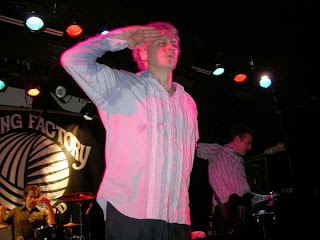 I met a non-dairy creamer
Explicitly laid out like a fruitcake
With a wet spot
Bigger than a great lake
Took me to the new church
And baptized me with salt
She told me, liquor
I am a new man

As the glorious month of Rocktober continues, Guided By Voices frontman Bob Pollard deserves his just due as one of the greatest songwriters of the Snooze Button Generation. Now, Bob is 53, so he is a little older than SBG members. But he would agree that the vast majority of his fans are in the SBG.

Chain smoke rings like a vapor snake kiss
She says she don't know why
The closer you are, the quicker it hits you

Five years ago, Paste Magazine released its list of the top 100 living songwriters. Bob Pollard checked in at No. 78. The top three were No. 1 Bob Dylan, No. 2 Neil Young and No. 3 Bruce Springsteen.

Although numerous disagreements pop up with this list, including Springsteen being ridiculously high, one interesting thing is that you realize how SBG-aged songwriters rarely have made their mark.

Bob Pollard has made his mark, and he is probably the most prolific songwriter alive. He has more than 1,400 songs registered with BMI, and his lyrics are magnificent and cryptic. His lyrics have incredibly vivid imagery that is hard to figure out, which to me is exactly how life is. 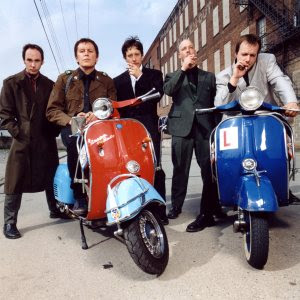 Bob Pollard and Guided By Voices remain close to my heart because they started to get popular in the early '90s when I saw them a few times in Columbus, Ohio. A cool friend of mine, John Petkovic, and his excellent band Cobra Verde also played with Bob for two years in the '90s.

My life is dirt, but you seem to make it cleaner
Reduce my felony to a misdemeanor
When I feel sick, you’re an antibiotic
Organize my world that was pointless and chaotic

From 2004-2010, GBV disbanded, and Bob did some other projects, including an outfit called Boston Spaceships. However, the original GBV lineup got back together last year and will be releasing a new album in January.

Maybe I should resist the urge to try to decipher Bob's cryptic lyrics, but wait a minute, on one song, he flat-out mentions my dad, the XMan. That's got to mean something!