Is Pavement too commercial?

I have reverted to a '90s indie rock guy, despite putting that persona behind me for at least the past decade.

I am not sure how this has happened, but any conversation with me about music turns into a treatise on the death of rock 'n' roll, the listing of indie bands from the '90s and the question, "Is Pavement too commercial?"

Pavement is the quintessential indie rock band, and I've always liked pretentious Stephen Malkmus and his players. However, at a certain point in my life, I pretended not to like the band because liking Pavement was too typical for guys like me. Heck, I even met frat boys who liked Pavement. That could not be a good sign.

Last year, I was shocked to see that Pavement released a greatest hits album called "Quarantine the Past: The Best of Pavement." (Wait a second! How old are we now?) Anyway, it's a good compilation, and the band rocks and is smart. What else does a band need to do? 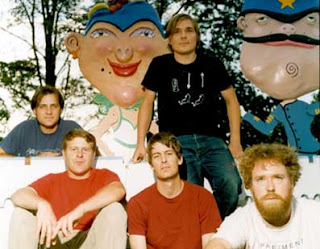 Back in the '90s, I didn't automatically dislike bands if they were popular. But I found indie bands better, even though it sometimes felt too trendy to like those bands. And what exactly is an indie band?

So by my definition, some big and excellent indie rock bands that come to mind are My Bloody Valentine, Dinosaur Jr., Superchunk, Lush, Ride, Fugazi, Sebadoh and one of my ultimate faves - Guided By Voices. I definitely give credit to the big indie record labels, Matador, Sub Pop, Touch & Go, Thrill Jockey and Dischord, for the genre's success.

By the time the late '90s hit, a bunch of other bands, like Modest Mouse, Neutral Milk Hotel and Arcade Fire, surfaced, but I just never got into the next wave of indie bands.

Is '90s indie rock the best genre of rock ever? For a lot of the Snooze Button Generation, it is. OK, fine, the rock in the '60s and '70s is pretty killer, but we did not live while that music was in its prime.

We lived through Pavement, Superchunk and Fugazi, and, yeah, that was the best rock of our lives.