Jerry Wick deserves his just due 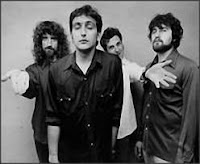 Exactly 10 years ago today, Gaunt frontman Jerry Wick was tragically killed in a hit-and-run bicycle accident in Columbus, Ohio. He was 33.

The news story from the Columbus Dispatch about the accident says he simply was riding his bike home after hanging out at Larry's, a popular High Street bar, on the night he died. The driver who hit him eventually was found and received an extremely light sentence with no jail time. It's just a flat-out shame the accident happened.

Jerry deserves his just due as a songwriter, performer and key figure of the Columbus music scene in the '90s. I vaguely knew him, had a couple brief conversations with him and was into his band. Gaunt is one of only a few bands in which I have all their albums (five), and it's a shame the band broke up in 1998.

Listening to Gaunt now, knowing what happened to Jerry, adds poignancy to a lot of Wick's lyrics and mystique. For God's sake, Gaunt's first album is called "Sob Story," produced by Steve Albini. 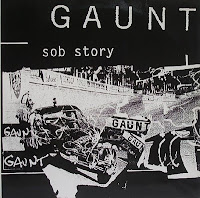 Man, Columbus had a vibrant music scene from 1991-95, when I lived there. Stache's and Bernie's had quality bands on practically a nightly basis, and Bernie's and Larry's were cool bars where Rolling Rock bottles were affordable and attractive.

The New Bomb Turks, Gaunt and Thomas Jefferson Slave Apartments led the '90s Columbus music scene, and it was a memorable time when bands rocked and hardly cared about the corporate-rock scene. There is a chance that '90s indie rock was the last authentic rock movement because hip-hop soon took control of music world.

I recently ran across a song Jerry Wick wrote as a solo artist called "Love, Death and Photosynthesis." It's a smart and emotional song with especially poignant lyrics, considering that Jerry is no longer with us.