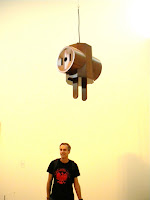 After spending 12 days in England, I have returned reinvigorated, planning to live a little more "Euro." If that means drinking espresso, riding trains and visiting castles, so be it.

I met several interesting chaps in Britain, and some are so polite that they will engage in conversations about the Snooze Button Generation, which applies to Europe but is a bit different. For example, the English SBG folks I ran across did not know Lloyd Dobler, but they had firm memories of "The Breakfast Club."

My English SBG brethren absolutely knew and experienced Atari. But one confessed: "I actually had Spectrum."

Apparently, Spectrum was huge in England and similar to the Commodore 64, which also was popular in England in the '80s. My English pals had no idea what Intellivision was. 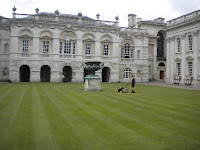 Of course, England has a much longer and richer tradition than the United States, but English folks of the SBG still have nostalgia to their childhoods and its quirks.

With such a rich tradition, for some reason, I kept having these thoughts: "How many people does it take to clean this castle?" and "How long does it take to mow this lawn?" It seems rare to see people cleaning castles, but when it happens, it is glorious.