Casper: A kid who didn't make it

Ten years ago this week, Justin Pierce was found dead, hanging in his room in the Bellagio in Las Vegas.

Pierce was 25 and was not that famous, but perhaps known for his portrayal of Casper in the 1995 film "Kids." I honestly did not realize he was dead until I wondered what ever happened to the kids in Kids and did some Internet research.

Chloe Sevigny, who had an odd alleged love affair chronicled in this blog, and Rosario Dawson are the only two actors who did much after "Kids." And Casper ... well, he died five years later. 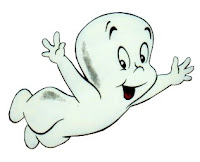 When it came out, "Kids" was a bit controversial and had the rare NC-17 rating. The film showed teens and preteens stealing 40-ounce beers, drinking, smoking weed, fighting, having sex and getting AIDS. I guess there are a lot of similarities between "Kids" and MTV's "Jersey Shore."

I could have sworn the song "Psycho Dwarf" by the Beatnuts was in "Kids," but according to my Internet research, it was not. Really? Hmm. If that song is taken to extremes, the person likely will end up dead - perhaps like Casper.

I really wasn't offended by "Kids," although I was 22 and living in Washington Square Village when it was released. It must be remembered that the film, written by Harmony Korine and directed by Larry Clark, is fiction, although it has a semi-faux documentary feel.