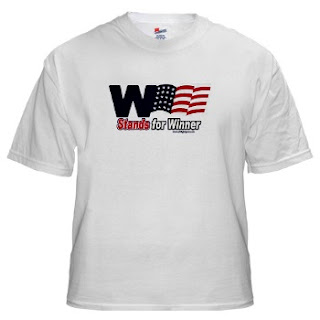 I signed up my 4-year-old daughter, Sophie, to play soccer because of myriad reasons. I hoped the soccer experience would help teach her teamwork, keep her physically fit and help her master a game children without arms can play.

On this Saturday, though, Sophie learned the biggest lesson of the season - the lesson of tolerance. Her coach, who both she and I like, donned an extremely offensive T-shirt that is inappropriate for youth soccer. The shirt promoted the presidency of George W. Bush and read this: "W Stands for Winner."

As I thought about the T-shirt, I realized this was the type of moment Sophie was meant to encounter at soccer, a poignant moment where she learned to accept those different from herself. I was proud of her.

Sophie nonchalantly treated the coach the same, despite his shirt. She did not make fun of him, nor did she say the shirt accentuated his moobs, aka man boobs.

This was also the day it was our turn to bring snacks and drinks for the team. That all went fine with the exception of attempting to mix black grapes with purple grapes. Phew, it was a good thing we had purple grapes, too.

The black grapes, which actually appear to be dark purple, seemed to have seeds, even though the packaging said "seedless." Is this some kind of common knowledge I should know? Are black grapes all seeded, even when the package says "seedless?" 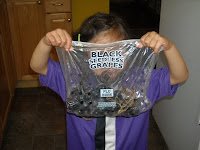