News junkie breaks up with CNN 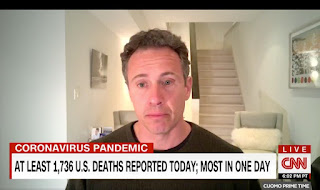 A full-fledged war started this past week, and I'm not watching it, especially not on CNN. You know what they say: Fool me once, shame on you. Fool me twice, shame on me.
I have officially broken up with CNN and all corporate TV news. No, we can't still be friends. It's not me. It's you.

Looking back at the pandemic, CNN's coverage was alarmist, extreme, divisive and totally stressed me out. Unfortunately, it took me many, many months to figure this out and turn it off. I was stuck with CNN. During a pandemic. No wonder we're getting divorced!

Obviously, fear sells and keeps viewers glued to their screens. But I bet a lot of us have hit a breaking point, and we're no longer buying what U.S. news is selling. Like Mr. Wonderful might say on Shark Tank ... We're out.

Please don't judge me based on this break-up. First, he moves to Orange County, then he nixes CNN. Figures. He's probably watching Fox News and driving a pick-up truck by now. No, not true! Fox News is even worse than CNN — and has been for years. I just wonder how long CNN had joined Fox in the gutter before I noticed.

During this Russia-Ukraine war, I am only watching and reading international news sources and nonprofit Democracy Now! with Amy Goodman. I'm better informed and a zillion times less stressed than if I turned on the U.S. news with commercial breaks.

DW (Deutsche Welle), the German public broadcaster, is my favorite international news outlet. I find it strives for objectivity and has far less emotion than its American counterparts, including the New York Times. While I find excellent journalism now and again in the Times, its business approach is way too aggressive. Its headlines often look more concerned with clicks than representing its stories, and why do I have to pay to read its content? I'm not absorbing the Times like I used to. 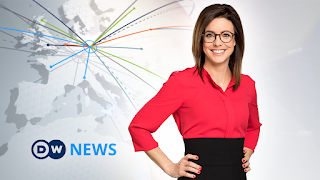 Back in the '90s, a lot of us watched the Gulf War on CNN and might have felt as if we were good citizens to glue ourselves to our TVs. Earlier in 1963, many U.S. viewers started their catastrophic TV watching with the JFK assassination. Back then, the populace was so shocked it turned to TV. The same thing happened with 9/11.

How many more catastrophes are we going to force ourselves to ruminate over with our money-making news? After the pandemic, am I the only one who's just gassed and can't do this any more?

Maybe we thought we were good citizens to watch constant catastrophes involving America and the world. But does a good, well-informed citizen need to watch bombings in Ukraine? What does that prove?

Life is not one crisis after another, as corporate American news tries to show us. Catastrophes do happen, and I believe it's important to be informed. But if a news outlet can't communicate the news of the day in 30 minutes, or even one hour max, is it really doing its job or just manipulating us into staying with it longer than they need to?

And don't get me started on why I feel obliged to have a zillion news apps on my phone and in my pocket. It takes discipline to only look at the news when I wake up and one more time after dinner. Honestly, CNN is just too needy.

While it's true that I spent 13 years in newspaper journalism, have a master's in journalism and taught at USC's Annenberg School of Communication, I think typical viewers are experiencing what I am and not just us news junkies. We can't go through the high-stress, emotionally driven nothingness of American TV news any more.

I bet we'd live in a kinder, gentler America and end a lot of the silly political infighting if we all stopped watching national TV news. While it's important to be informed about what's happening globally and nationally, I wish we all paid much more attention to our local government, what we're consuming on the Internet and our communities.

Perhaps the time I put into world and national news will be converted into a better quality of life and calmness.