Cigarette smoke remains in our air 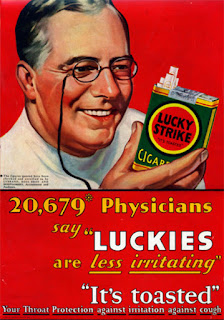 "It's still Big Tobacco's world, and we're just living in it."

That was a passing thought I had the other day, and I see a lot of truth in it. In my personal world, smoking is not in the realm of possibilities. I don't like smoking. It's ridiculously harmful, and it seems like an act of yesteryear.

Yet in the United States, 15.5 percent of adults still smoke cigarettes "every day" or "some days," based on CDC data. I was shocked to hear that; in my world, it's zero people. Back in 1965, by the way, 45 percent of American adults smoked cigarettes.

These statistics don't take into account vaping that snags nearly 20 percent of adults under 30, and 10 percent of all adults, based on a Gallup poll.

The good news about this blog post is that I have zero agenda, other than to point out facts, connect some dots and promote education. The bad news is that as I reflect on the calendar moving to 2021, I realize that a lot of American culture and structures are toxic, and I am making a concerted effort to at least recognize that.

First, personally, let me wish you a happy 2021. I believe 2020 revealed a lot about us as individuals and a nation. I believe it was the biggest revealer of health, finances and agency. People with healthy lifestyles and financially stability certainly were not affected as much as those not. Also, people who have agency, who are able to take control of their lives and actions, likely thrived more than others as well.

Poor health, finances and agency all come together with Big Tobacco as the long-time beneficiary. Now, I understand that Big Tobacco isn't as powerful as it once was, but since it got away with so much seemingly criminal activity for so long, it paved the way for other industries to do that as well. Big Tobacco may have been Darth Vader, and Big Pharma is Kylo Ren.

I find the naming of the Coronavirus vaccines horrific. Right now, the most known one is "The Pfizer Vaccine." Then, in second place, it's "The Moderna Vaccine." Instead of championing Big Pharma in the vaccine names, shouldn't we give credit to a key ingredient in the vaccine or the team of scientists who came up with it or pick an esteemed scientist and go with that?

No, we are having the masses link the vaccine with evil Big Pharma, which typically jacks up prescription prices for the elderly and has such a huge advertisement budget it forces me to run across ads on a zillion drugs that are completely irrelevant to me. And, please, stop telling me about mesothelioma!

Remember: Purdue Pharma pleaded guilty to three criminal charges of conspiring to addict the American public to opioids and — whoop-de-do — paid $8.3 billion in fines. Of course, Purdue did its plea in October, two weeks before the attention-grabbing presidential election and while Coronavirus cases surged. This should have been a resounding indictment against Big Pharma, but was it? 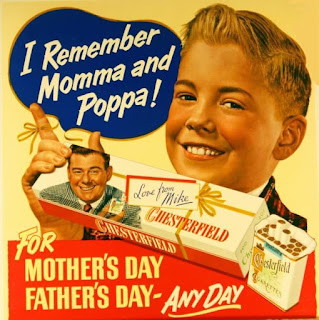 So the connection to Big Pharma and Big Tobacco is obvious. These are ginormous industries that place profit above public health, and in the case of Big Pharma, the U.S. government has partnered with it because of special interest concerns, immorality, incompetence and, well, that is our established culture.

It took until 1998 for the U.S. government to negotiate its Tobacco Master Settlement Agreement with Big Tobacco. And while that showed bipartisan coordination and the ability to overcome special interest concerns, immorality and incompetence, I'm not holding my breath that similar settlements will be reached against Big Pharma or even Facebook or Google.

But even if the U.S. one day tried to reorganize Big Pharma, it is so embedded in our culture, would it really make a difference? It's not like there was a light switch that made cigarettes go away, and there is no light switch to make prescription drug addiction go away either. Is it really a step forward to have our corporations create our addictive substances now? Might it have been vaguely more ethical to enable international drug cartels to do that?

With improved agency, individuals have the ability to reject cigarettes, vaping, drugs, alcohol, processed food, toxic screen time and inactivity. As we improve our own personal agency, our lives will continually improve as will our culture. My grandfather was a victim of Big Tobacco. I know victims of Big Pharma, and the only way to read this blog post is through Big Tech.

I believe that the human spirit is actually more powerful than Big Tobacco, Big Pharma and Big Tech. But I'm worried about the human mind and body.