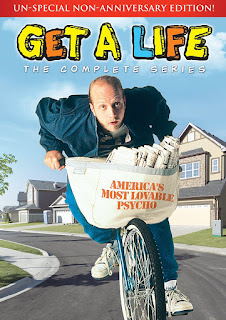 I feel like Chris Elliott in Get a Life. Elliott was a 30-year-old paperboy in the sitcom that ran from 1990 to '92. He still lived with his parents. He was a grown man, on a bike.

Here I am — a grown man on a bike as I get some exercise and practice social distancing during this COVID-19 shutdown. It got me thinking, "Why wasn't I doing this earlier?"

I love this bike thing and remember hearing the line, "Chances are, what you did when you were 8 is what you'll still like as an adult."

Of course, nowadays, I hardly see kids on bikes. Presumably, they're inside, on their devices, accidentally worshipping Big Tech.

The other day, though, something strange happened. I stumbled across three teenagers on bikes on my turf, El Dorado Park. That's my land. Anyone who sees this shirtless 46-year-old with a baby blue helmet and black Mongoose mountain bike from Wal-Mart should know that.

I did what you're supposed to do with those kids. I stared 'em down, locked eyes and gave them a slight head nod that said, "What's up, Holmes?"

Their ringleader with a slight mustachio fell in line and gave me a deferential head nod back that said, "I see you, big man. You da boss. I would never mess with a DILF like you, and I would never ever ask you to buy me beer."

Acceptable head nod. Believe me, I know the bike code of the parks, and that's what mustachio boy communicated. We were cool. No need to tussle.

While I'm happy to be a full-fledged adult with a beautiful wife and two impressive daughters, I admit that I sometimes miss the ages 8 to 12, when a suburban white boy like me rode bikes with his crew. In Garfield Heights, Ohio, I experienced gritty suburbia because it bordered Cleveland, and it was a total blue-collar town.

For a while, I had a Space Invaders bike with a banana seat. While my friends admired it, I preferred their BMX-like bikes. I remember a whole crew of guys on Sladden Avenue, several streets over from my Garfield Drive.

On one street, I remember Dave, Alex, Mark, Paul and Bruce (who had an incredible white football we often used). Jeff and Kevin (Cato) each lived a street over. Whatever silliness we did was pretty damn fun. It had to beat freakin' TikTok or whatever the kids do today. 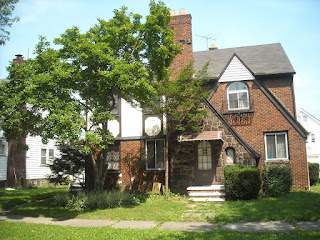 Yeah, we had Atari and Nintendo. But those were just options; real life was better.

When I got to college, I remember my friend and roommate, Ryan, explaining his crew to me. I met most of it, and I believe it was called "The Belmonts." It's funny. I had something similar, and those crews meant — and still mean — so much to us.

I believe we all had a bike phase. Sometimes, that bike phase would last too long, and the kid got a moped. At the time, the kid with the moped was the coolest dude ever. Looking back on it, the opposite had to be true. Is there anything real cool about white boys on mopeds?

So, yeah, I'm in a weird mood as I write this. I start counting this shutdown with Friday the 13th in March, so this is day 50. I've had some good family time, but 50 days? This is quite a hall for all of us. Luckily, I've discovered these bike rides, and I remain employed as a high-school English teacher.

Apparently, this is the part of the shutdown where I reminisce about riding that Space Invaders bike to Peter's Market on Turney and Sladden and buying a smokie — one of their in-house Slim Jims that had variance of spiciness. With smokie in hand and on my bike, there was no doubt that somebody would be outside doing something, throwing a football, playing hide and seek, just riding bikes.

Yeah, growing up in the '80s wasn't bad for me. I'm not sure I ever felt a sense of community like I did in Garfield Heights. I saw a quote from Stephen King's "Stand By Me" the other day that might sum it all up: "I never had any friends later on like the ones I had when I was 12. Jesus. Does anyone?"

Email ThisBlogThis!Share to TwitterShare to FacebookShare to Pinterest
Labels: bike code of the parks, Get a Life with Chris Elliott, Peter's Market Garfield Heights