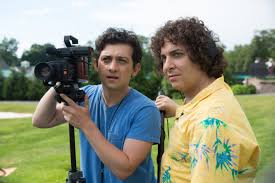 I cancelled cable about two months ago, and I have been watching more TV than ever. What the heck?

I've had Netflix for several years, but who knew I even had an Amazon Prime account? And, my God, if you string together trials of Hulu, Sling and whatever free apps are out there, there's hardly a reason to pay for cable.

The main reason I did this is that we put a new roof on our home, and we had DirecTV. We preferred to not have a hole on the roof where our dish was. So we took down the dish and then tried the "no cable" as an experiment. I believe it has worked, and we don't want the cable.

Here's the problem: I had hoped to recuperate and bring back brain cells. Instead, Dina and I have been binge watching a zillion shows and have bags under our eyes.

As a member of the Snooze Button Generation (tm), television has had a major effect on me. From time to time, I write about TV and did so five years ago when the SBG staff came up with its top 10 TV shows of all time.

Now, that type of list is arbitrary and open for debate. In the world of streaming and binge watching, it seems amazing that there were entertaining shows with the format of network TV. In fact, only three shows on the list from five years ago — The Sopranos, Curb Your Enthusiasm and Top Chef — were from non-major networks.

It may not be fair to compare Netflix offerings with the shows on the older list, but in many ways, the newer shows are better produced, have more artistry and depth. In a public service to our readers, here is a holiday streaming guide. This is a list of 10 shows, or movies, recommended for when we're cooped up for the holidays:

Who killed Sister Cathy? This is the documentary version of "Spotlight," the Academy Award winning film from 2015. Instead of taking place in Boston, this is in Baltimore. The horrific things that occur in "The Keepers" had me outraged, and I couldn't keep my eyes off it.

Character-driven, artistic, real and funny, Red Oaks did what Amazon Prime probably hoped. It got me to watch the service. The performance by Paul Reiser is incredible, and heavyweights Hal Hartley, Amy Heckerling and David Gordon Green direct it. By the way, I recommend Hal Hartley's films, too. I loved those in the '80s and '90s. 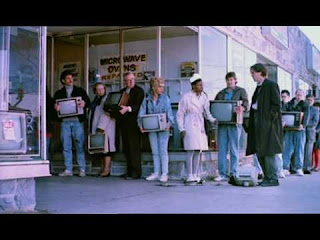 When I saw "Three Billboards Outside of Ebbing, Missouri" (2017), I was blown away. Why aren't there more movies like this — character-driven, intelligent writing and unique? "Three Billboards" got my to see "Seven Psychopaths" (2012) and "In Bruges" (2008). Those two films bring out comparisons to Quentin Tarantino, and, heck, that's a good thing.

I'm hoping that the second season is as good as the first. I'm also hoping that the show resists the urge to worry about plot. They got some killer characters (pun slightly intended), and Henry Winkler is truly incredible in it.

I had never heard of this bank heist in Erie, Pa., from 2003 often called the "bomb collar" or "pizza bomber" case. It was pure madness and impossible for me not to watch.

She's different than McDonagh in many ways, and with me, she is different because I knew her before "Lady Bird" came out around the same time as "Three Billboards." I knew her from "Frances Ha" (2012) and "Mistress America" (2015), and I loved those. 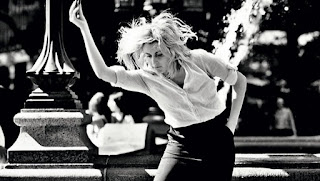 I love Norm so much that this probably should be higher on this list. But I've always known Norm is hilarious and my favorite comedian. His own show on YouTube also is awesome.

The premise and characters are what I love most from this series based on the 1962 novel by Philip K. Dick. I especially love the first season and will watch all seasons, although I must admit that I'm normally not a fan of Dick.

Apparently, a third season could happen, as long as Aziz Ansari wants to do it. As I mention this show, I realize that there needs to be more like it. It's official: "Funny, intelligent and character driven" is what I like most in the world of streaming.

In the vein of "The Keepers" and "Evil Genius," it's another one of those "I can't believe it" documentaries. I hadn't known what happened with this cult in Oregon in the '80s, and the way the episodes are handled pull the viewer in various directions.