Prisons, tents and all of us 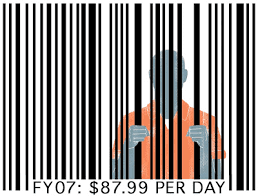 I'm a white boy from Cleveland.

Because of that lucky demographic, my father happened to be an attorney. I am an educator. I have never even stepped foot into a state penitentiary.

But I have taught in and examined lower socioeconomic communities and was completely moved, changed and inspired by Michelle Alexander's 2010 enormously important book "The New Jim Crow."

No matter how it is spun, the United States is facing a societal crisis when it comes to the prison system. A systemic problem persists with heavily incarcerating poorer Americans, and especially Americans of color. The prison system certainly is a way of systemic control and is indeed the new Jim Crow.

It turns out that the United States is the most incarcerated society per capita in the history of civilization. We have 2.3 million prisoners in the country, and that would be the fourth largest city in the country.

These statistics help break down what is happening. One-fifth of prisoners are there for non-violent drug offenses. Approximately 39 percent of prisoners are black, while only 13 percent of the population is black. For a lot of us, this is old news, but why does this persist? And why in the world is a discussion the prison system difficult or frequently nonexistent? 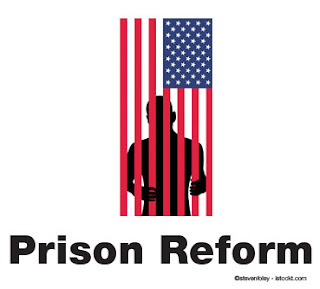 The elephant in the room is economics — lack of economic opportunity for people of color in the prison system and Americans in general. The homeless population continues to rise as well, and I say the statistics on that is sketchy.

We have 565,000 counted as homeless in America, but some estimate that the number could actually be 10 million if we take into account people not owning or renting their own homes. Regardless, even if we take that number, the homeless population would constitute the 32nd biggest city in America.

I find it interesting that we look at prisoners and the homeless as individual problems as opposed to societal problems. I believe some have the thinking: "I bust my ass, working 40 hours a week at a job I hate. Why can't they?" 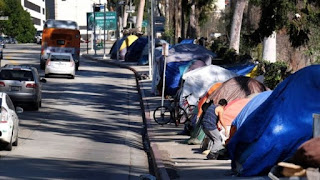 Well, understanding the full social context of someone who is homeless or in prison helps. It also helps to understand the lack of affordable housing in many cities as well as the lack of skills and abilities to get, and maintain, jobs.

The economic system, and lack of reasonable opportunities, is the top reason why the numbers are so high and why these issues are so major. But perhaps the secondary reason is education.

In many professions, as we all know, education is connected to employment. Nationwide, the graduation rate for high school is 83 percent. That's actually higher than it's ever been.

However, the real problem could be the curriculum in schools and some cliche narratives being overly repeated. If the schools are a steppingstone to a job, or career, then why don't more courses in both high school and college reflect that? (As a side note: I do not personally see education as a steppingstone to a job/career. I see it as education for education sake for the improvement of humanity, and I highly recommend Fareed Zakaria's "In Defense of a Liberal Education.")

I certainly don't have many answers, but I do have questions. The one thing I do know is we are connected. We are connected to our incarcerated brethren and our homeless brethren. Brothers and sisters, we all are.