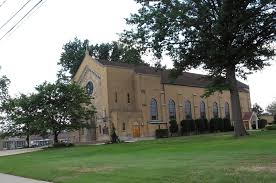 That's a phrase my close friend and spiritual advisor, the Reverend Gutierrez, has told me. He's a Catholic originally from Nicaragua; I'm a Catholic from Garfield Heights, Ohio.

I've been told "never discuss religion or politics." I believe that statement assumes the conversationalists to be either closed-minded, insecure or afraid of being challenged. I also believe that statement may assume that the search for truth does not evolve, does not develop or is cut and dried. I am not talking about facts, such as empirical science or verified journalistic reporting. Rather, I'm talking about our perception of truth.

That's why my experience with Catholicism — and perhaps many in my demographic and generation — is at least slightly scary. As a youngster, I took a lot of teaching as "truth," and it took me many years to sort out Catholic teaching from truth from arbitrary Catholic rules.

Somehow, at the same time, I always took Catholicism with a grain of salt — as early as second grade. I remember walking down the aisle to my first communion laughing uncontrollably and hysterically. I believe my cousins did something funny, and I just couldn't stop the giggles. Luckily, I was not scolded by a priest or nun!

Soon in elementary school, I challenged my father, the XMan, on why in the world we had to go to Church because we disagreed with some logic of the Church and its overall lack of social progress. He had the best answer of all-time: "Of course. I completely agree with you. But this is something we do as a family activity."

Nowadays, this former altar boy is doing different family activities with his wife and daughters. Perhaps our best activity is when we are all in different rooms looking at different screens! 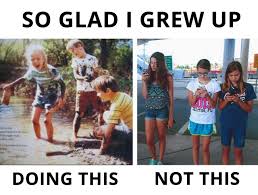 But I joke. We do many family activities together, but Church is not one of them. Through years of anecdotal evidence, I have discovered that with about 95 percent of the people I meet, the child's faith is determined by the mom. The girls' mom did not feel strongly about a religion, and I certainly don't feel strongly enough about Catholicism to push that cart.

What am I? My Uncle Steve once mentioned the term "secular humanist," and I believe that is what I would have to say if some sort of religious definition is necessary. However, when pushed to give a religion, another answer is "I dunno. I'm an ethical human being."

I am limited as a human being with my relationship to the spiritual world. I sense something is there, maybe, or not. But the conventional ideas of heaven and hell, granting human beings eternity for choosing to believe, does not jibe with me. Heaven, I believe, can be found on earth.

"Every cop's a criminal and all the sinners saints." How much of sin is a choice? Is sin judged differently based on different situations? I remember getting extremely rudimentary and simplistic views of morality through Catechism while a massive cover-up of abuse and rape was occurring worldwide.

This is an extremely horrific and hypocritical pill for any ethical human being to swallow. I see that many practicing Catholics, and the Church itself, minimizes what happened. At least the 2015 film "Spotlight" brought the horrid situation in Boston more into the public eye. 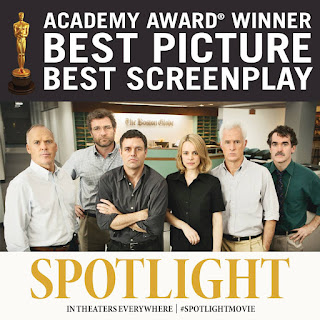 I guess I've always been more interested in ethics and morality than religion. Perhaps what I don't buy in Catholicism is the root philosophy that man is evil. I simply do not believe that; man is good. Am I reading into the philosophy? Then, why does the Church say infants are born with original sin? Why does it have third graders go to confession and say penance? And what exactly constitutes an impure thought?

Perhaps the abuse and rape by the Church is understandable from its perspective because, after all, man is evil. I see this root philosophy — that man is evil — enforced, over and over again, and it came from Pope Francis yet again yesterday.

In a New Year's Eve service in St. Peter's Basilica, he said that God had provided a good year in 2017, but "we humans in so many ways ruined and hurt it with works of death, with lies and injustices."

Two questions on that statement: 1) Could you please be more specific on these lies and injustices? 2) Any chance we could celebrate a human being's charity or act of kindness and focus on that?

Hey, man, go to Church if that's your thing — especially if it makes you a more ethical human being. I might join you, too, now and again. I am not going to judge, like Bill Maher. I'm not smarter or better than you. I can kind of, on some level, make it kind of work. Maybe. Once a Catholic, always a Catholic.