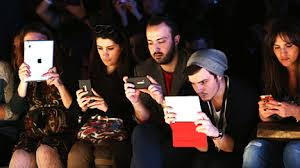 Of course, maybe these names don't mean too much, and many stereotypes abound with entire generations, especially with millennials, AKA the Screen Generation.

Not all millennials are phone-addicted, self-absorbed kids with a gross sense of entitlement. However, elements of that stereotype exist. Shifting industries, developing technology and some hidden truths in the United States have made it tough for millennials — particularly males. 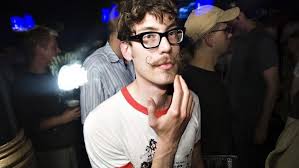 Chew on these statistics: 20.5 million students enrolled in college this past fall. That is up from 15.3 million in college in 2000, according to the National Center for Education Statistics. Yowsers, that's a wild increase. I would argue that America is the most formally educated it has ever been, but it is perhaps the least informally educated as it has ever been. Yes, folks are piling up degrees, but how worldly are they? Could they switch occupations easily? Could they hold a conversation with "strangers"?

But here is the statistic that truly supports something I have long thought for the past few years: 11.7 million students in college are female, and only 8.8 are male (57 percent to 43 percent is significant to me!)

I have long thought that younger males are in crisis — just by what I see in my classroom. It's not outrageous behavior, really. It's just a stunted maturity that pales in comparison to girls. Now, some people might say it's always been that way, and I'm just noticing now. But I'm thinking this issue is becoming larger, and it's hardly addressed.

Males — millennial males, really — are in crisis. This is not some sort of sexist, "Make America Great," more power to the white male statement. This is a mere observation.

A girl in one of my classes a few years back made this statement: "Masculinity is fragile."

That is truer now, more than ever. We often see stereotypical images of what "being a man" means. Many of the images of pop culture males — think Kanye, think Trump, think Tom Brady, think McConaughey — are more than slightly ridiculous.

Most of my male students are thoroughly confused. They remain confused when I give them this simple advice: "Be Yourself."