Travel ban should band us together 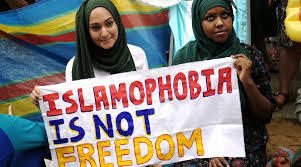 I just saw a couple Tom Hanks movies — "Sully" and "Bridge of Spies." Apparently, the actor is cornering the market on American hero rules.

In "Bridge of Spies," when Hanks character is pushed by a CIA agent named Hoffman to break his attorney-client privilege, he brings up the American "rule book."

Let's do another quote: "Give me your tired, your poor, your huddled masses yearning to breathe free, the retched refuse of your teeming shore. Send these, the homeless, tempest-tossed, to me: I lift my lamp beside the golden door."

That second famous quote is from "The New Colossus," the 1883 sonnet written by Emma Lazarus that is inscribed on a bronze plaque in the pedestal of the Statue of Liberty.

Here is what Trump and anyone not condemning this stupidity needs to know: There are 1.6 billion Muslims in the world (of 7.4 billion people). There are 319 million Americans. By population, perhaps we can make this statement: The Muslim world is more powerful than the United States.

Of the 1.6 billion Muslims, the estimated number of Muslims affiliated with terrorist organizations is 100,000, according to the U.S. government and many statistical computations and groups that study this subject. That mathematically computes to .006625 percent of the Muslim population.

So Trump signed an executive order to immediately ban all visitors from Iran, Iraq, Syria, Yemen, Sudan, Libya and Somalia for four months until he gets more information. Say what? 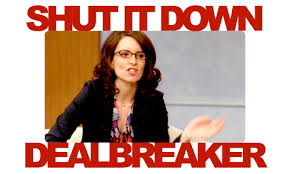 Obviously, I have never supported Donald Trump for president for an assortment of reasons. The racist/sexist platforms he espoused while getting elected was the top reason. The second reason was an overall air of ignorance with the actual problems facing our country, and third reason was zero experience in public office. There were at least another dozen reasons, but those were the top three.

Now, I am wondering this: If we do not speak up or protest this ridiculous travel ban, are we complying in an immoral, un-American and criminal act? ... Well, yes, we are.

This travel ban should bring all sides together — Democrat, Republican, ignorant or not ignorant. We all know this is unacceptable. We cannot accept it, and we all can be united in rejecting this goofy and sick "President" Trump.