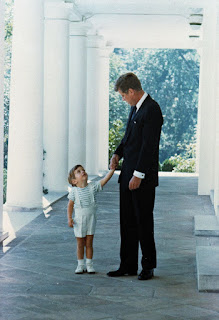 As the Republican National Convention commences in Cleveland today, I actually am not here to talk politics. Rather, I am going to point out a bipartisan issue that I believe all can agree on:

Seriously. Donald Trump is 70 and has eight grandchildren. Hillary Clinton is 68, has two grandkids and entered the White House as the First Lady 23 long years ago.

Perhaps the funniest thing about this election is that the most viable third candidate was Bernie Sanders. He is 74!

Sanders would be 75 on election day — by far blowing away Reagan's age. I find it cute how Sanders somehow was often considered "the voice of youth." I also find it cute that he was somehow considered an"establishment outsider," after being a Congressman from 1991-2007 and Senator from 2007 to the present.

What is going on here? And what do all of these old candidates say about 'Merica?

I'm worried that these old candidates show a systemic problem with leadership throughout the U.S. Where are the inspirational leaders under 60 nowadays? Or better yet, how about under 40?

I am not a fan of these old coots, whatsoever. When Obama entered the office, he was 47. That is reasonable. He had kids, Malia and Sasha, grow up in the White House, as did the Clintons with Chelsea.

Bill Clinton was 46, and JFK was 43. Teddy Roosevelt has the record as youngest president at 42.

Only two children were born to presidents in the White House. JFK Jr. (pictured above with JFK) was born when Kennedy was the president elect, and we'll count that. And trivia question Esther Cleveland was the only child ever born to a sitting president as Frances Cleveland gave birth while Grover was in office. 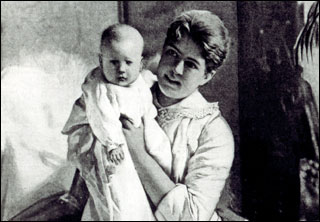 I bet that a younger president is good for the morale of young people. Why in the world am I forced to vote for a person who cannot possibly be good at sex?

Yuk. I don't want think about Trump, Hillary or Sanders in that way. But, egads, is the only way to avoid any type of silly-ass sex scandal to get an old, asexual politico into the White House?

Plus, style is majorly compromised with Trump and Hillary. Trump's hair and his odd orange glow are not things we should show other countries. Hillary's pants suits aren't anything special. What would the French think of these two?

By comparison, Obama and even George W. Bush actually look slick. They would not be out of place in GQ. Trump and Hillary aren't going in any fashion magazines. Are these all superficial points I'm making? Of course they are.

Actually, how in the world has good-looking Obama avoided any type of sex scandal with critics like Fox News treating him like a cross between Flavor Flav, the anti-Christ and Corky from "Life Goes On"?

We all assume JFK and Marilyn Monroe had an affair going on. Bill Clinton took a horrific step backward from Marilyn when he had a fling with Monica Lewinsky. But is 'Merica so prude that we are forced to vote for presidents who are in absolutely no risk of having affairs?