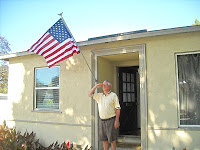 For the past 18 years, I have lived in Long Beach, Calif. — a gritty, eclectic city in Los Angeles County. But those days have ended.

My home at 3390 Lees Ave. has been sold, and for the time being, I am homeless — temporarily living in a long-term hotel I like so far.

Luckily, I am in the midst of escrow to get another home, three miles from the previous one. But this one is in a different city — Cypress, Calif., in Orange County.

The move is an upgrade in many ways. The home itself is much larger. The street is much quieter. The community may have more cache. But, man, it has been an extremely difficult process to execute this move.

Without the boredom of all of the details of why this move has been so difficult, let's just leave it at this: Southern California real estate. Gotta love it (yeah, right).

Cypress — I imagine not a lot of people outside of Southern California know anything about it. Perhaps its claim to fame is that it's where Tiger Woods grew up. I'm hoping his selfish personality never rubbed off on the Cypress community. By the way, here's the house Tiger grew up in: 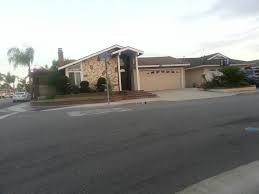 Regardless of this move, my identity remains entrenched with Cleveland. However, my 18 years in Long Beach rivals my Cleveland time. Once I made it to college, I never again was a full-time resident of Cleveland. But with so many formidable experiences, and important friends and family, there, I know that home will always be CLE.

Long Beach has evolved, as have I, in my 18 years there. But I must stop my lamenting, reminiscing, etc., about L.B. In fact, this whole premise of "leaving Long Beach" is a bit silly because my daughters will still be going to school there, and I will be about a mile and half from its border.

This move made me realize three main things that I would recommend to everyone for better living. I guess they're my Polish real estate tips. But, really, these tips can help any Polack improve his life ASAP:

1) Throw away stuff — as much stuff as possible — immediately, and avoid bringing crap into the house. I had been in my home for just under eight years. To me, that isn't especially long, but it was significant. I thought I tried to keep junk out of the house, but with perpetual trips to Target, I brought in way more stuff than was necessary. I felt liberated to throw stuff away. If it does not bring you joy, do not keep it.

2) Do home improvements ASAP, and enjoy the fruits of your labor. I was pretty good with this one, although my L.B. home was in excellent condition when I got it eight years ago. But I had to upkeep this place, and I added a few minor upgrades.

The couple who moved in had a legitimate "turnkey." I moved out on a Thursday. They moved in on Friday, the next day. Too often I see people do upgrades to their home just to sell it. Why not do that early so you can enjoy those upgrades?

3) Location, location, location. Yeah, that adage in real estate is totally correct. I found something fascinating in Cypress. Nearly the entire city had similar home prices, yet after seeing a boatload of homes, I could pinpoint the best homes to two tracts. Once we sold our Long Beach home, it became a waiting game to hope something came on the market in those tracts.

It's still a bit of a waiting game, as we must complete escrow before we can remodel a bit and then move in. But at least the most hectic part is over — moving all my worldly possessions, but throwing out a ton that I realized had zero street value.