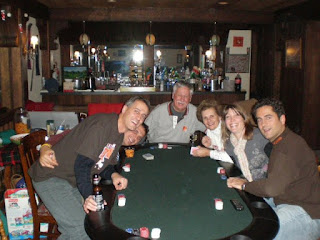 Of course, the Stevens family is absolutely sad and shocked that there is not "The Biggest Party in the History of Parties" on this day. The fact remains that somehow my father, Fred "X" Stevens, passed away 22 months ago and will not be celebrating his 65th birthday today.

Although it is a Wednesday, I had planned to get to Cleveland to be with the XMan no matter what. I did that for his 60th birthday and surprised him at his favorite restaurant, Mallorca, and that remains an awesome memory. Nobody let the XMan know I was coming in from California that day, and when I saw him, he gave me a bear-hug embrace I will never forget and shed a couple tears. Damn, man, I love that guy.

So what am I to do today? I will not be going to Cleveland (until later this month), and I guess I will have to go through with the day "as usual" and not weep as I teach. Somehow, the XMan passed away before the coolest birthday date I can think of, and I understand that I must accept that he is gone. The only problem with that is that I do not want this, still pretend he is here and would give anything for just one more day with him. 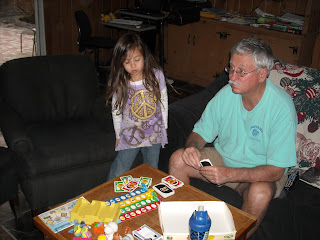 Yeah, I am forced to buck up, deal with my new reality and understand that to be human is a strange, precarious situation. Just as the seasons pass, so do we — or something like that.

My mom says that the XMan planned to retire completely on 12-12-12. I do not deny that he probably said that, but I am not sure he could fully walk away from his law practice. He was semi-retired for about a decade, and I think he would remained that way. But who knows?

Not only is 12-12-12 the coolest birthday I can think of, but Dec. 12 also is the birth date of Francis Albert Sinatra, who shares the exact same initials as my dad, whose official middle name was Alan. They both did things their way.