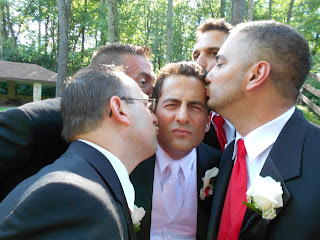 Michael Scott, AKA my brother Fred, is officially off the market as he married his longtime girlfriend Judi on Saturday.

I had observed last year that Fred had developed strikingly similar characteristics as the lead character in "The Office." During the recent week I spent in Cleveland, I learned that most everyone who knows him feels the same thing. He accepts this fact, and as he and Judi were introduced at their wedding reception in Westlake, Ohio, the theme song from "The Office" played in the background.

My daughters and I truly enjoyed our week in Cleveland, and the wedding ceremony and reception were a good climax to a fun-filled week. I am a big fan of marriage, and believe when in doubt, people should get married. Nowadays, the convention is to get married later in life, but I believe marriages should start precisely at age 18.

In all seriousness, Fred and Judi are excellent friends and mates. There is no doubt with the impending success of their union. Now that I think of it, they've actually been together for 91 years. 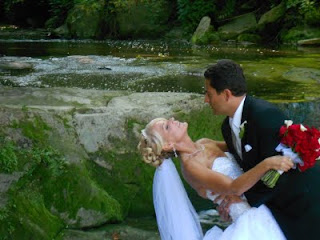 The only questionable thing that happened with the marriage is that the day after the wedding, my brother had appeared to morph from Michael Scott to Rich Little.

The problem there was that he didn't do any impressions, but he had the same corny humor as Little. This manifested itself in 1-800-JOKES. Someone asked about a longtime friend who apparently sleeps around a lot, and Fred/Rich Little said, "Well, it's really easy to reach her ... if you call 1-800-SLUT."

For the rest of the conversation, he supplied answers with all 1-800-REPLIES. My cousin, apply nicnamed "Know-It-All," informed him that 1-800 numbers typically have seven digits after the 800. My brother then did simple math in his head to give us 1-800-ANSWERS with the proper digits.