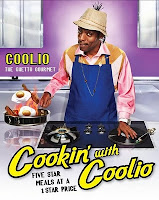 As much of America soon will focus on Thanksgiving and turkey preparation, many amateur chefs might be unsure how to deliver a feast. Well, The Snooze Button Generation has one word to help those chefs: Coolio.

The rap star made a drastic career change last year when he released a cookbook, "Cookin' with Coolio." The book is flat-out hilarious and boasts the following quotes:

"[My mom's] fried chicken would literally put on tennis shoes and run the fuck into your mouth."

"Hell, when I was growing up, I could make a meal out of a package of Top Ramen and a bottle of Windex." 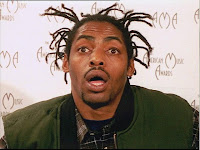 Some celebrities don't know how to make proper career changes. Time is a factor for the success of many singers, actors and entertainers, and they have to accept that.

As a child, I remember seeing the comedy of Jerry Lewis and being totally baffled and stone-faced as I watched. His act was outdated, and it simply didn't work for me.

Not too long ago, I saw Robin Williams on a talk show. He presented himself in an over-the-top way that I used to find pee-in-the-pants hilarious. Ten years later, though, I watched him and his hairy arms and hardly smiled. He could learn from Coolio.

Most rappers just fade away or get killed. I know no other rap sensation with a cookbook. Coolio, the "Ghetto Gourmet," made one of the coolest career moves I've ever seen.