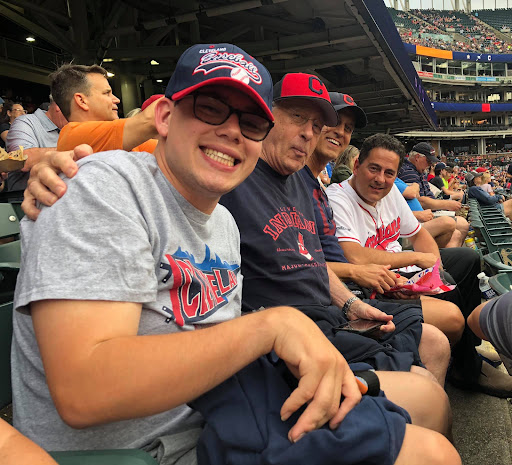 I'm not sure I'll ever get used to that name in my lifetime, but I accept it. I have mixed feelings about the Indians' name change. While I believe it was time to change the name, the Guardians is pretty darn dull, but any new name would have gotten backlash.

I mean, come on, the franchise goes back to 1894, and the Cleveland Indians name has been around since 1914. For many long-time Clevelanders, they bristle with the idea of losing the name Indians, and some still wear Chief Wahoo.

To me, the central question of the decision to change the Indians' name was this: Is the name Indians offensive or dehumanizing?

It doesn't appear offensive or dehumanizing to a bunch of white people in Northeast Ohio. But many of them, hopefully, realize the name Indians is dehumanizing to Native Americans. I believe they understand that it is wrong to refer to Native Americans as "Indians," in a similar way that Asian Americans shouldn't be referred to as "Orientals" (sorry for the bluntness of that example).

Back in 1995, I adamantly opposed any notion that the name Indians or Chief Wahoo was wrong. I was 22 and had just moved out of Ohio. I later evolved to a fuller understanding, and that's not easy because I have loved the Cleveland Indians throughout my lifetime. Five years ago, I admitted I was against Chief Wahoo, and some Cleveland friends practically crucified me for that. But, come on guys, are we still referring to Native Americans as Indians?

So if we accept the name Indians needs to go, is Guardians the best we could do? Guardians is a short-term connection to Indians with the same colors and font style. It might work for this moment and the transition. But what about the future? I thought Cleveland Spiders was cooler and had way more marketing possibilities. Maybe we can at least have the Rally Spider, like the Angels have their Rally Monkey.

I also felt the Spiders connected with the Indians better. See, the Indians never were meant to represent the Native Americans or anything connected to reality. Even Chief Wahoo was a caricature based in non-reality. Now, all of a sudden, the decision-makers are going with something, Guardians, that is said to embody Cleveland. Nope. Don't buy it. Wrong. B.S. Never heard that, and each day, I crossed the Hope Memorial Bridge — that apparently has statues called "The Guardians of Traffic" — to get to my high school, St. Ignatius.

Most Clevelanders work their butts off, and when they watch a baseball game, they don't want to be reminded of reality or think about a serious nickname. For God's sakes, "Buckeyes," our poisonous nuts, is one of the strangest, non-deep names, east of the UC Santa Cruz Banana Slugs. We Ohioans like a little nonsensical. Spiders was a better option.

Regardless of the names, I maintain that Cleveland is the best sports town in the nation. Yes, I am biased. But you got to understand that it's a tiny market, and so to have the Indians, Browns and Cavs is huge. These teams are a fabric of our culture that big-market folk just don't understand. Cleveland literally is the smallest market that has an MLB, NFL and NBA team. Even though pro sports is big business, I say we support these so-called Guardians so they don't leave for a bigger market.

No matter what I do, I can't not be a ginormous Cleveland sports fan. I watch or listen to my Tribe daily, see them every year when they visit Anaheim, and when I flew on a red eye into Cleveland this past month, I went to Progressive Field that evening and enjoyed a game with my mom, brother, Uncle Ed, Amy and Brady. We all love our Tribe! 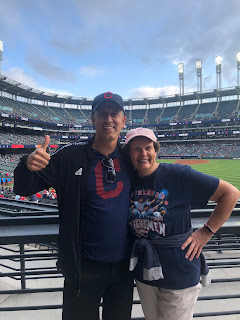 Back in 1920, Cleveland was the fifth biggest city in the United States, and then after World War II, the population peaked at 914,000. Nowadays, the population is just 381,000, although that doesn't take into account the suburbs.

When I'm in Cleveland, I feel a huge sense of civic pride that I haven't experienced elsewhere; people there absolutely love the place. While I'll concede that, yes, there are other cities with civic pride, Cleveland is unique because it has reinvented itself while facing a declining population and by no longer being the nation's fifth biggest city, but the 54th biggest, edged out by No. 53 Bakersfield.

There are reasons why LeBron James invests heavily into poor sections of Northeast Ohio and didn't just leave Ohio behind or why when I meet anyone from Cleveland I immediately feel connected. We grew up, knowing the value of community and working together. It's not all "me, me, me" there. We learned that economics isn't the only factor in quality of life and even can distract from it. Architecture, art, music and, yes, our sports teams truly matter and bring us together.

Clevelanders have grit and are leaders in many ways. We didn't do the easy thing, changing the Indians name. We did the right thing.