A word is worth a thousand pictures 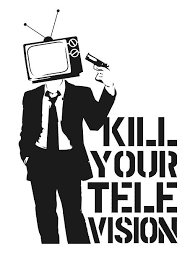 I find it curious that when I looked up "kill your television" on Wikipedia that the site redirected me to "screen-free week." That will occur April 30-May 6, 2008, if you'd like to participate.

Oh, man, life is such a journey! I feel happy just to get out of a Snooze Button Generation (tm) staff meeting about our "collective" stance on personal technology. Those staff meetings can take forever. Jeez!

After a lengthy and roundabout conversation about planning our "action plan" at our team headquarters, the Snooze Button Generation (tm) staff and its subsidiaries are releasing this statement:

"Be careful with how you use personal technology. It turns out that personal technology most likely makes your life worse. Yes, we all get wrapped up in it. True. We're not talking about a total ban. But, like, our staff just took a week off, and all we are saying is that we had the best week of our lives!"

Technology. Irony. Of course. Chances are, if you somehow are reading this, it is through Facebook, on your phone or on a computer. There is no other way to read this. There is absolutely nothing wrong with that, but what the Snooze Button Generation (tm) staff has realized is that personal technology in 2017 hurts literacy and, collectively, our lives. 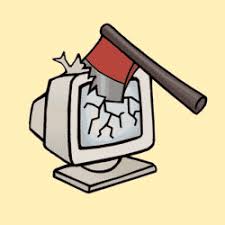 All I'm saying is that there is a good chance that, collectively, the United States has gotten dumber, far less social and way less empathetic because of the unforeseen impact of Facebook, Twitter, Instagram and personal technology. I'm pretty sure that's a correct statement.

As a teacher, when I get freshmen in high school, I have to train them to be readers. I typically get about 10 percent actual readers in my so-called "honors" classes. They jump aboard the reading train because they yearn to be authentically educated and be authentic readers; they get growth mindset. Older people, eh, chances are they ain't reading. I guess that 10 percent figure applies to them, too.

But there is hope! No matter who you are, you can go ahead and get off your damn phone, get a library card and explore. It's never too late.

But beware. To be an actual reader in 2017 is to go against the grain. You could be considered an outcast to your texting-addict friends. You will feel weird at first. You will have phone withdrawal. You'll be a rebel.

Perhaps this mini-rant is to just point out that, y'know, "dot com" is the basis for why we use computers. "Com" means commerce. Are we just participating in commerce when we're on our phones so much?

The good news is that many of us have given our kids devices or phones at young ages, and we can trust that they won't possibly become addicted to instant gratification, constant images and texting.