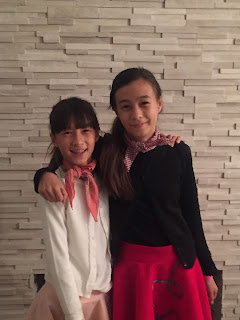 I sometimes say this to my students when the subject of love comes up: "There are many types of love. There is romantic love, love for your parents, self-love, love of friends, brotherly love and appropriate love a teacher has for a student."

I then give an odd look to a student. Once a kid said, "Y'know when you say appropriate love for a student — that sounds inappropriate."

Probably right. "A" for you, boy wonder!

I normally stay clear of that subject in the Snooze Button Generation (TM) blog because I think people see divorce as a negative thing. But is it really?

Perhaps Louis C.K. said it best when he said, "Some day, one of your friends is going to get divorced. Don't go, 'Oh, I'm sorry.' That's a stupid thing to say. No good marriage has ever ended in divorce. If your friend got divorced, it means things were bad. And now, they're better."

I also would argue the idea of "staying together for the kids" doesn't help anyone. That models misery or fakeness or useless fighting, and why would we want to model that for our kids?

But, today, I'm not tackling divorce in general and many people's misconception of the D-word. Rather, I'm looking at divorced dads and daughters.

Divorced dads. Man, we have it hard. First of all, the courts are stacked against us. There have been so many deadbeat dads that the courts favor heavily for the woman. I consider myself fortunate that I obtained 50/50 visitation/custody of my girls without much deliberation. Thank God!

That's not always the case, and if a woman lawyers up, the guy can get screwed big time. That happens to countless divorced dads including Alec Baldwin, who wrote about that in his book "A Promise to Ourselves." 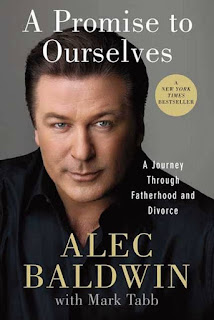 But when you have daughters and you're a dad, it can feel like being "The Second Parent" because, well, I have heard that girls and moms actually are the same gender. Being a dad of two girls makes me realize that I am indeed a masculine fellow.

Sophie prefers art and music while I lean toward sports, and I've been trying my best to bond with her through her activities. That's not always that easy. Looking back, I've spent the past decade doing way more arts and crafts than I thought I'd ever do. 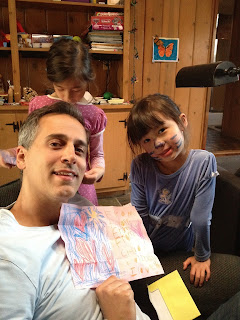 But here's why this blog comes out now. It could be a difficult holiday season for me because even though I do have 50/50 visitation, the schedule falls heavily for the girls with mom this year. It is a fair schedule, and I know I will have the schedule fall heavily for me next year. But it's still not easy to go through this.

The way the schedule accidentally works is that the girls were with mom for all of Thanksgiving week. They'll also be with mom for Christmas, although I have them for New Year's. Plus, we do alternate weekends, so I have them on less weekends than normal during this holiday season. For god's sakes, I miss my kids!

A father's love for a daughter runs deep. Having daughters has been a game-changer for me. I grew up in a male-dominated family, never had a sister. I understand girls, and women, more than I ever have, and it's because of these two entities.

This girl, Chloe — she just might be a daddy's girl. But she's so unique. She's probably a mommy's girl, too. She's everybody's girl and seems to know everyone. We just ran into a girl at Target yesterday, who ran up to her reaching for a hug and yelling, "Chloe!!!" (That girl wasn't even in Chloe's class.)

I love Sophie and Chloe, unconditionally. I hope they feel the depth of this love from me, but if either one doesn't feel it today, well, I certainly feel it and maybe they will one day — probably a common statement/feeling from divorced dads (and maybe even parents).

I also must say I relate to Chris Martin, singer of Coldplay, who wrote the song "Magic" about spending time with his daughter, Apple, as he went through his divorce with Gwyneth Paltrow. Many times, for us divorced dads, just spending time with our daughters puts everything in perspective.