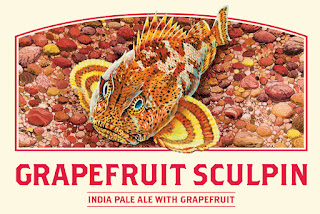 It's gone the way of grunge rock, and, man, that's a bummer because "corporate rock still sucks."

Of course, anyone enamored by the craft beer craze will say, "You've got to be kidding me, man. Craft beer is taking over the world!"

Sure. Maybe, economically. But we all know that once the frat boys like it, it's dead — especially with anything remotely artistic. And even the lamest of frat boys is liking craft beer nowadays.

Craft beer is to 2016 as grunge rock is to 1992. Grapefruit Sculpin is sold at Target now, and Ballast Point —Sculpin's Brewery —just sold for an insane amount of bones to the corporation that owns Robert Mondavi wines, Corona, Pacifico and more.

And do you want to hear the price tag for this "craft brewery"? It's $1 billion. Yes, that's a "B." Ballast Point got bought for ten times $100 million.

I'm astounded by the market value of Ballast Point. I love Ballast Point's beers, but that price tag gave me this pop culture epiphany:

The mighty tasty Grapefruit Sculpin is equivalent to Nirvana's "Smells Like Teen Spirit." 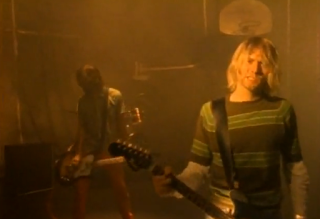 "Smells Like Teen Spirit" is the song that took 1990s alternative rock into the mainstream, and that's what's happening with Ballast Point taking India Pale Ales into the mainstream. In the present, we may not see this, but we will be seeing Sculpin more and more. We'll look back to this sale as the apex of the craft beer explosion.

A craft beer aficionado might point out that Chicago's Goose Island might have brought IPAs into the mainstream when it sold to Anheuser-Busch for $38.8 million in 2011. Well, that price tag just doesn't hack it compared to Ballast Point's. But Goose Island is going to be successful and mainstream, and I liken the company to Pearl Jam.

St. Patrick's Day is less than a week away, and Guinness has its own "Nitro IPA" on the shelves. That company knows what's up with the marketplace. Right? No need to dish out $38 million to another brewery to do that. We're seeing more and more craft beers in grocery stores, but that doesn't mean they're on indie labels.

Hey, I'm going to love great rock 'n' roll and tasty beers forever, regardless of who makes them. But I have a feeling we're all going to look back on 2016 as a time when craft beer went from being cool to being overexposed.

In 20 years, we'll still have Ballast Point and Goose Island because of the corporations behind them. But those corporations are going to wipe out a lot of killer craft breweries.

I'm hoping Stone, Great Lakes and Ninkasi continue kicking butt and stay independent. It's hard to picture now, but who knows? In 20 years, we might be looking at them like the Screaming Trees, Mudhoney and the Melvins.

Gone and forgotten, but, damn, at the time, we loved them!