The top 10 comedians of all-time 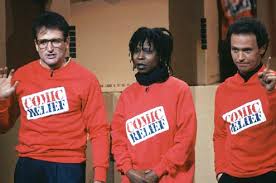 The Snooze Button Generation (TM) released its list of the "10 Best Comedians of All-Time" today as the corporation's founder/CEO defended the list to much scrutiny.

"Look," Snooze Button Generation founder/CEO Joe Stevens said. "This is a subjective list by nature. But its picks are objective. These are the funniest people I've ever encountered."

Stevens has taken a lot of criticism for having eight white males on the list and one "token" black comedian and another "token" female. He denied that the list was flat-out racist or sexist.

"I respect that comedians and fans love Richard Pryor and Eddie Murphy and Chris Rock," Stevens said. "But those guys just don't do it for me as much as the others. I like them all on various levels, but they just didn't crack the top 10. They're no Monsignor Ciolek."

What about the females?

"Of course, there are plenty of incredible female comedians," he said. "But I just couldn't find a spot for Minnie Pearl or Dolly Parton."

10. Bill Cosby
It's definitely horrific that The Cos may be remembered as a rapist who repeatedly drugged women. That puts quite a damper on his comedy legacy, and it's debatable if he should even be allowed on this list. But as far as a comedian back in the '80s, he killed it. I recall watching "Fatherhood" with my extended family going berserk to his humor. 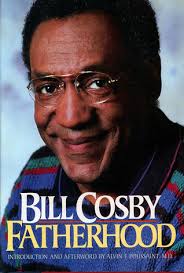 9. Monsignor Casimir Ciolek
Not as popular as Cosby, Monsignor Ciolek was the pastor of my childhood church, SS. Peter and Paul in Garfield Heights, Ohio. When anyone accidentally called him "Father Ciolek," he would retort, "I'm a monsignor!!" He rarely cracked a smile and was a master of the deadpan.

8. Sarah Silverman
She's pretty crafty on the Twitter, and she talks hard — like a dude. Of course, there are other female comedians that others prefer, such as Tina Fey or Roseanne or Madeleine Albright, but Silverman wins it for being so bluntly funny.

7. Cato
I have known Cato since kindergarten, when I believe we had different classes but already had strangleholds as the funniest students in class. Seriously, Cato is one of the funniest people I know. He has the best Facebook updates I've seen, and I give him props. 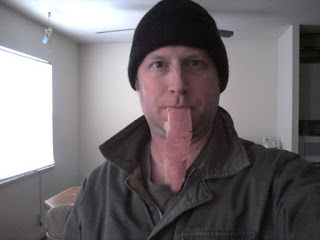 6. Robin Williams
Of course, it's so sad what happened on Aug. 11. An awful ending to a booming comic career. I remember nearly crying from laughter, watching him on Letterman with the XMan and my mom. He could make this list for his arm hair alone.

5. Uncle Steve
I can't even begin to mention the catch phrases, stories and sensibility that came from my Uncle Steve. He was a major contributor to my sense of humor as well as my cousins and family. He worked in advertising in Cleveland, wrote books and will entertain anyone he encounters.

4. Jerry Seinfeld
I recommend Seinfeld's "Comedians in Cars Getting Coffee" to anybody. It makes me realize how incredibly insightful and witty the master is. Who knows more about Cocoa Puffs?
3. Norm MacDonald
Honestly, Norm is my favorite comedian of all-time, but he might not have the elite clout of Robin Williams and others on the list. I rarely see comedians in concert because they tend to have a lot of misses. I saw Norm recently. He rarely had a miss on stage, and I often find myself speaking in the same cadence as he does. What does that mean? 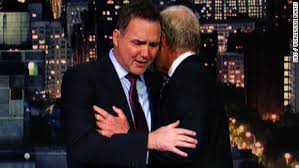 2. George Carlin
Carlin is on another plain when it comes to comedians. Not only was he influential, he was smart and hilarious and meaningful. His comedy will hold up forever. That can't be said for a lot of other influential comedians who's stuff becomes too dated or too overplayed.

My brother recently attended what I believe was his first country music concert ever. He embraced the vapid cultural experience by donning a cowboy hat and potentially wearing a confederate flag thong. If you give him a microphone, he makes Michael Scott look humorless. Here he is during a recent visit to California: